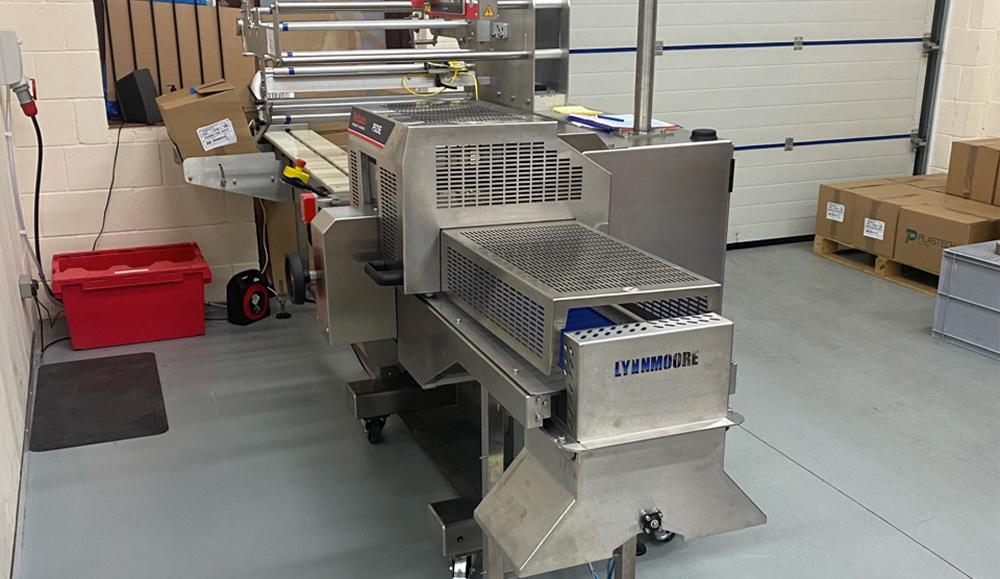 Following new investment in a Redpack P325E Flow Wrapping machine we now have the capability to flow wrap products in various films including OPP, Cellulose & Paper as thin as 30 gsm.

This business expansion has been supported by New Anglia Local Enterprise Partnership, through the Business Resilience and Recovery Grant Scheme.

At 11 PM on March 29, 2019, the UK is scheduled to leave the EU. With just months to go and so much debate still going on, there is a great deal of uncertainty in British industries as to how doing business will look on the morning of March 30.

As political debates and discussions continue at a pace, it is down to the companies themselves to be proactive and react to this uncertainty as soon as possible, making big decisions on staffing and international trade. However, a recent survey of 900 small UK businesses revealed that, on average, fewer than half of businesses in key sectors had started planning.

With UK plastics so closely linked to supplies from international manufacturing plants, it is an industry that may be impacted more than most. In this piece we look at the importance of the plastics industry, the potential impact of Brexit and we talk to an independent British foam manufacturer to see what is being done to prepare for challenges that may have to be faced in the future.

The economic importance of plastics

Plastics are one of the UK’s top 10 imports and exports, and the industry has continued to increase its turnover during the last decade through a combination of innovation and competitiveness, particularly in packaging and pharmaceuticals.

As plastic continues to become increasingly integral to modern life, the importance of effective recycling grows alongside it. The UK is a world leader in this field, and industry is firmly aware—and has invested in—the environmental issues found in each stage of plastic production and disposal.

It is an industry from which the UK is currently seeing great success, and should be looking to expand into new markets. But without a favourable EU trade deal moving forward, increased costs could severely restrict the industry’s growth and international competitiveness.

Research by the UK Trade Policy Observatory (UKTPO) underlines how important the trade benefits of the EU are to the UK’s economy. Even if free trade agreements (FTAs) were signed with every non-EU country, the UK would still be worse off than if it were part of the customs union and single market. Since such a raft of FTAs in itself would be an almost impossible feat, it is clear that any form of Brexit without single-market access would mean increased costs and reduced profitability. While the extent of the impact will vary area by area, the plastics industry as a whole is likely to face a range of challenges.

Looming challenges from the perspective of a convertor

To find out how businesses are viewing the potential impact of Brexit, we talked to Duncan Geddes, Managing Director at Corby-based independent foam manufacturer and convertor Technical Foam Services.

“Put simply, our business is part of an international operation. We scour the world’s manufacturing plants for the right types of foam to fulfil our clients’ requirements. In almost every case, these have to be imported for conversion at our plant,” said Geddes.

“The prospect of increased tariffs put independent British companies like us at a significant handicap to our international competitors, and dealing with these challenges are likely to stifle innovation, which is vital as the plastics industry continues to work toward improvements and materials and more environmentally friendly solutions.”

Of the 166,000 people employed by the UK plastics industry, almost 11% (18,000) are EU citizens. Despite this, the sector has endured a skills gap for a number of years, in part due to the impact of the 2008 financial crisis and an uneven balance between the number of skilled employees retiring and the number of younger employees who are not fully trained.

The concern is that a large percentage of the remaining experienced workers could leave the country and return to the EU. British manufacturing is already seeing an increased skills gap, and the impact of this additional reduction in skilled workers could be dramatic. This would likely result in a slowing of expansion and innovation, as increased funding will be required for wages and recruitment to try and fill these gaps.

“During the last 12 years, our company has grown four-fold. This level of growth wouldn’t have been possible without the vital contribution of employees from EU countries,” said Geddes. “We have an ambitious plan to continue this level of growth; it’s very important to our company that we, therefore, not only retain our current EU staff by continuing to train them and provide opportunities for them to progress within our business, but that we also manage to recruit new employees from the EU with the same outlook.“

Due to the importance of imported materials within the industry, it is vital that access to the single market is not severed. In 2016, Plastics Europe estimated that 8% of all demand for plastics across Europe was from the UK. This reflects the UK’s traditional position as a net importer. Without tariff-free access to the single market, the industry would face World Trade Organization tariffs of 6% on these imports.

“Technical Foam Services have already put in place a plan of action and are increasingly importing from a range of non-EU countries, building a network of suppliers from around the world,” noted Geddes.

The key to a successful future for the UK plastics industry is rooted in maintaining its position at the forefront of worldwide innovation through invention, creativity of processes and the discovery of new polymers. If more focus is going toward increased tariffs and recruitment, the risk is that innovation and future development will be one of the first areas to see cuts.

Commented Geddes: “Within our market we are recognised as being the most innovative and open-minded foam company in the UK. Of course, it is always important to look after our existing customers, but we really enjoy ‘getting our teeth’ into new projects. These normally entail using specialist grades of foam, which are manufactured abroad. To ensure we meet our new customers’ expectations, we definitely have to continue to invest in R&D, training staff, new machinery, exploring different capabilities of foam, etc.”

The processes and responsibilities of EU legislation currently have a large impact on the UK plastics industry and the way it operates. This includes directives on packaging, landfill and the handling of chemicals. To ensure a smooth post-Brexit transition, the industry would require equivalent legislation to provide stability to ensure safety and other concerns are still dealt with consistently across the industry.

“We are accredited to ISO 14001, so ensuring our foam-based materials are recycled in the most environmentally friendly manner as possible is important to us,” explained Geddes. “Existing EU legislation is well placed for our guidance, so we simply cannot see any point in creating similar UK guidelines—it’s a duplication of efforts. Furthermore, with our company importing and exporting such a significant volume of raw material, the last thing we want is to follow two sets of rules!”

Since the creation of the first industrially practical polyethylene in 1933, the UK has been a pioneering force in the plastics industry. Despite the setbacks that Brexit may bring, it is a resilient industry that will help to sustain it during the transition period. However, the key warning for business is to take as much action as possible now to minimize disruption in the coming years.

Product development teams have been relying on the injection molding process to manufacture polymer parts for decades. This time-tested process is robust, highly repeatable, and ideal for high-volume production. However, when product development teams think about the cost of manufacturing using injection molding, they typically think of the costs only in terms of direct materials, machine time, and direct labor costs¹ (Figure 1). This conventional cost model, although intuitive, does not capture the true total costs associated with manufacturing a part using injection molding.

After decades of production experience, the injection molding process is well-characterized. However, the true costs associated with producing a part using injection molding are not as well-understood. Typically, the costs associated with tooling amortization and tooling changes during the prototyping stage are not considered in initial production estimates. These tooling-related costs add up quickly, driving up the total cost as each retooling change can add $5,000 to $50,000 (depending on the application).

The time and labor associated with design for injection molding represent important costs that are generally not factored into the total cost. In order to be manufacturable, mold design requires the correct application of critical design elements such as parting line location, shutoffs, drafts, fillets, gates, and ejector pins. Additionally, the complexity of intricate geometries, textures, and variable wall thickness requirements for a given part can become a considerable cost and time multiple. Setup fees reflect the time and labor it takes to mount the mold into a molding machine, pre-cycle, and calibrate the molding operation. This becomes a sizeable cost addition for most short-run injection molding operations.

Lastly, a natural outcome of the high tooling costs associated with injection molding is the tendency for the process to be chosen for high volume production applications to amortize the upfront tooling cost. However, this volume amortization does not work for many product development teams, since contract manufacturers often hide steep tooling costs under a minimum order quantity (MOQ) requirement. This requirement means that product development teams must often order parts in the thousands, even though they might only need a few hundred units. The MOQ also puts pressure on organizational operations and supply chain teams as it can introduce inventory holding costs and associated wastage of parts. National Institute of Standards and Technology² reported the existence of $537 billion locked in inventory by the manufacturing industry in 2011. This number has likely grown over the years. With additive manufacturing and the ability to produce on-demand, the perfect solution to reduce inventory holding costs and associated wastage is now within reach.